Life-Saving Diagnosis for Mother and Child

Preeclampsia is a particularly dreaded pregnancy complication that threatens the lives of mother and child. A correct diagnosis, however, is currently time-consuming and, in many cases, inaccurate. The Empa spin-off “MOMM Diagnostics” is developing a fast and precise test that provides diagnostic certainty and at the same time saves healthcare costs. 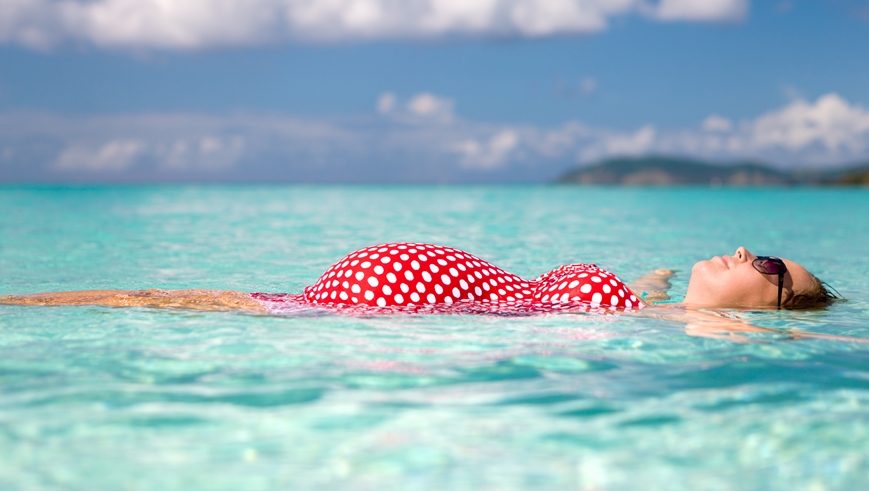 Nausea, swollen hands or shortness of breath sound like typical symptoms that pregnant women have to deal with. However, these unspecific symptoms can also be signs of a disease in progress. Preeclampsia often gradually creeps up as a general discomfort and goes widely and unnoticed – until mother and child suddenly become a medical emergency, which in severe cases can even lead to death. In Switzerland, around two percent of all pregnant women suffer from the condition; each year around 500,000 children and 76,000 mothers die worldwide.

As dangerous as the complex clinical picture is, its cause is still unclear. Pathological changes to the blood vessels, blood pressure regulation and internal organs can lead to premature births, organ failure and, ultimately, even to the death of mother and child. In its early stages pre-eclampsia can be slowed down with simple treatments such as aspirin and magnesium. However, it is difficult to diagnose preeclampsia swiftly and reliably – until now, that is. The Basel-based company “MOMM Diagnostics”, a new Empa spin-off, is developing a simple and precise test that provides certainty within minutes.

At present, two physical changes, which are both consequences of the disease, are the common diagnostic criteria for pre-eclampsia: If the mother’s blood pressure rises and certain proteins are found in her urine, the likelihood for pre-eclampsia is high. The problem is: The two symptoms could also be linked to other conditions and thus lead to unnecessary hospitalizations or even false treatments. What’s more, if the mother really suffers from preeclampsia, blood circulation and kidney function will already be affected at the time of diagnosis. This is where the “MOMM Diagnostics” assay comes in. “We are analyzing two very specific biomarkers in the maternal blood,” explains Mathias Wipf, CEO and co-founder of the company. With a highly sensitive immunoassay, the two markers are detected in tiny concentrations of several picograms per milliliter using antibodies. The specificity and sensitivity of the test are significantly higher than those of the current clinical diagnosis.

And the elegant thing about it is that the tiny biosensor for detecting the markers is printed on a paper strip. A drop of blood from the mother’s finger is enough to detect the molecules. “Basically the system resembles a pregnancy test,” says the researcher who developed the biosensor in Empa’s “Transport at Nanoscale Interfaces” lab. “However, the results are analyzed electronically.” This is another advantage of the new test: The paper strip can be evaluated with a compact reader. Since pregnant women regularly go to medical check-ups anyway, the test can be carried out in the gynecologist’s practice and there is no need to ship blood samples to a specialized diagnostics lab. This saves valuable time – time, in which treatment can already be started. 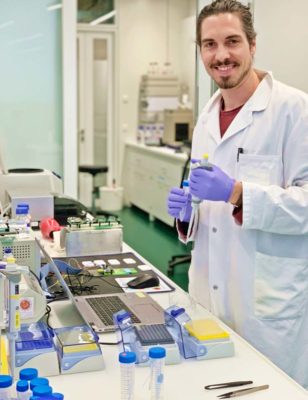 Another benefit of this rapid screening method should not be underestimated: The expectant mother is spared the long wait for a lab result, and there is no uncertainty as to whether the preventive referral to hospital corresponds to the threat to her state. Because a false positive result of the conventional test, which only turns out to be false alarm a few days later, can sometimes cause a great deal of anxiety, which one would like to spare pregnant women.

Markus Hodel, Head of Obstetrics and Fetomaternal Medicine at the Kantonsspital Luzern, is often confronted with patients suffering from preeclampsia. He welcomes the development of the new MOMM test. “This allows us to individually assess the risk of the expectant mother at an early stage,” says Hodel. In addition, the monitoring of high-risk pregnancies and the adequate treatment of patients can be optimized. “Since the test also has the potential to avoid unnecessary hospitalization, the burden on the healthcare system could be reduced,” says the clinician. Previously, patients were admitted to hospital as a precaution if the results of the conventional test were considered suspicious. However, a study involving Hodel’s team now shows that a sensitive test, such as the new MOMM biosensor technology, which can be carried out directly at the gynecologist’s practice, has significant savings potential. In Switzerland, savings of around two million Swiss francs in healthcare costs could be achieved annually if a “point-of-care” test, or POC test for short, were to be used by a gynecologist.

In the US, the technology is already patent pending. Mathias Wipf and his team are currently developing a prototype; close cooperation is planned with CSEM in Neuchâtel and the University of Applied Sciences Northwestern Switzerland. The Empa spin-off, founded in 2018, is supported by a “FET Innovation Launch Pad”, an EU funding program for start-ups in the field of “Future and Emerging Technologies”. And from 2020, new investors can join the start-up company. The biosensor POC test is expected to be ready to hit the market by 2023. Due to the large market potential, Wipf expects double-digit million sales figures already within the first five years. The location for research, development and production in Basel is expected to grow to 25 headcounts.

MOMM Diagnostics is currently starting a project supported by the Swiss Agency for Innovation Promotion (Innosuisse) together with the University of applied Sciences and Arts Northwestern Switzerland and the Swiss research and development center CSEM.

We use cookies to ensure that we give you the best experience on the Hemex website. If you continue to use this site we will assume that you agree with the use of cookies. Please click the "Read More" button to access our data protection statement for more information.I AGREERead more